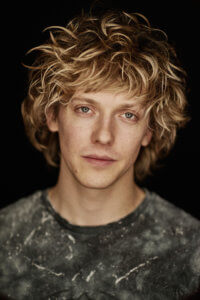 Andrew Polec earned rave reviews and won The Joe Allen Best West End Debut award, decided by public vote, at the Stage Debut Awards for his performance as ‘Strat’ in “Bat Out of Hell: The Musical” at the Manchester Opera House and The London Coliseum. He reprised the role on the West End in London and Toronto, before leading the cast at the New York City Center. A graduate of the Brown/Trinity Rep MFA program, Polec appeared Off-Broadway in “The Fantasticks” at the Jerry Orbach Theater and has performed at the Hudson Valley Shakespeare Festival, Providence Fringe Festival, and with the Trinity Repertory Company. HIs television credits include Katy Keene and Prodigal Son.