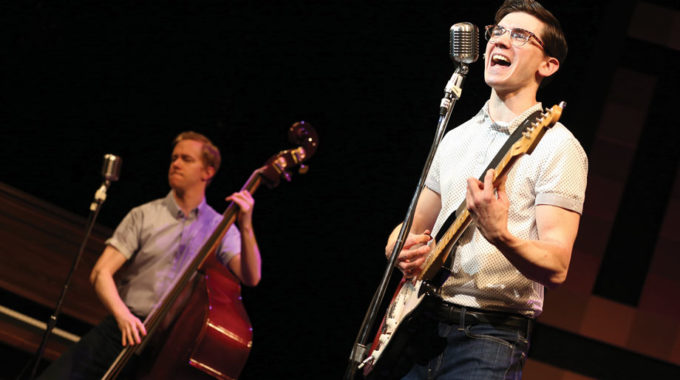 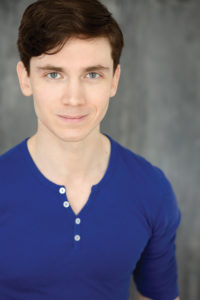 “Every night is a new adventure. It keeps it interesting,” says John Dewey, who portrays Buddy Holly.

What is it about this story that never gets old?

A kid in Lubbock, Texas, decides to become a musician after being mesmerized by an Elvis Presley show. Seven months after graduating high school, Buddy Holly and his band the Crickets become Presley’s warm-up act. By the time he’s 20, after hits “That’ll Be the Day” and “Peggy Sue” top the charts, he and his band appear on “American Bandstand” and “The Ed Sullivan Show.”

A year later, on his first date, he asks Maria Elena Santiago to marry him and they secretly elope.

Then, on Feb. 2, 1959, after an incredible performance in Iowa with The Big Bopper and Ritchie Valens, the three stars decide to take a chartered airplane rather than a bus to their next show in Minnesota. Tragedy then strikes as the three perish in a crash.

It returns Saturday with the same cast, before moving on to the Kimmel Center in Philadelphia, in a partnership that’s emerged from last year’s stellar success, according to producers from both venues.

“Watching a small-town kid become obsessed with the music he wanted to do, being able to do it and the tragic turn it takes at the end, it’s a nice, heartfelt story with a lot of awesome songs,” said John Dewey, who plays Holly. “It speaks not only to the generation that listened to his music at the time, but to the music that’s still popular.”

Dewey said some changes have been made to the production since last year, including a smaller cast.

“We’ve pared it down,” he said. “It won’t be the exact show. We’re doing some updating and tweaking some things. We will keep it fresh and interesting.”

The 11 cast members play their own instruments, including Dewey, who says he’s dabbled with a guitar since his teenage years.

“All of them are great musicians,” he said.

Prior to taking the role, Dewey said he wouldn’t call himself a Buddy Holly fan. “Since doing the show, certainly, I have become one. Once you start listening to his stuff, you get an appreciation for what he does,” he said.

After the show’s three-week run at the Playhouse, it will move to the Kimmel Center’s Perelman Theater in Philadelphia for a two-week run.

The two venues hope the joint venture will lead to an incubator program of shared presentations in the future.

“This is an exciting project for the Kimmel Center as we continue to expand our role as producers in Philadelphia,” says Anne Ewers, president and CEO of the Kimmel Center for the Performing Arts. “We are thrilled to be partnering with our friends at Bucks County Playhouse.”

Dewey promises that no matter what venue patrons see the show, “it will never be the same way twice with this group. Every night is a new adventure. It keeps it interesting.”

Sally Struthers and company are fast, furious, funny in ‘Clue: On Stage’ at Bucks County…