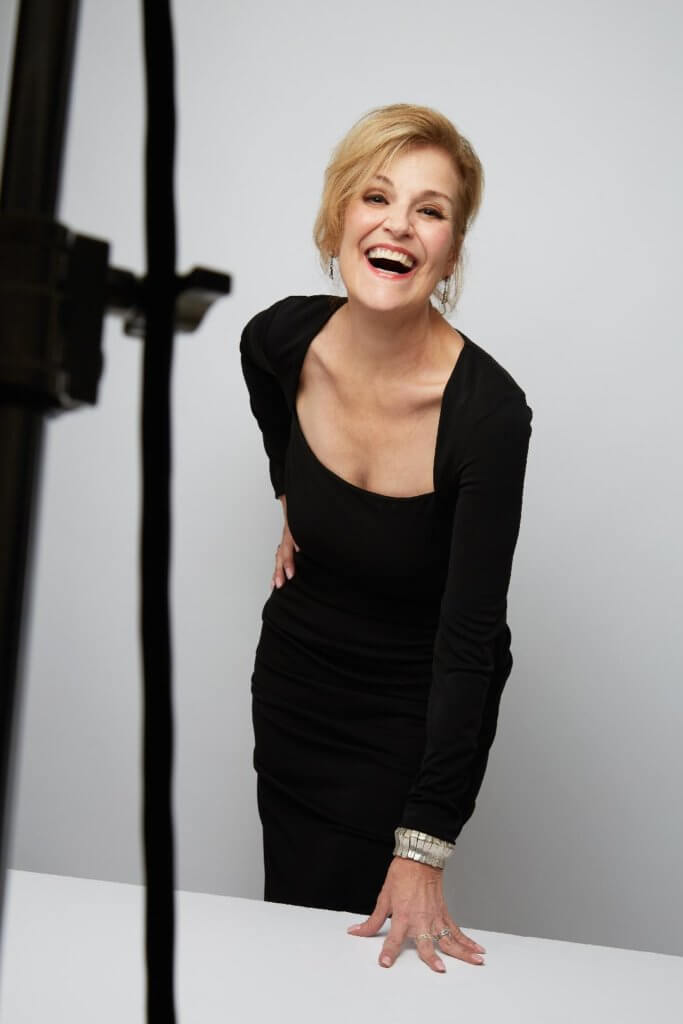 She’s back and in person!  Come join KAREN MASON  in her first “live and in the room” event in a year and a half!   When she got the offer to perform at the beautiful BUCKS COUNTY PLAYHOUSE, she knew she had to accept!  With her Director, Barry Kleinbort, and her Music Director, Christopher Denny, Karen put together a show that will be night of unforgettable music, stories, laughter, and joy, and always a few surprises!  Featuring songs by Kander and Ebb, Andrew Lloyd Webber, Stephen Sondheim, Jerome Kern, and so many more…..music chosen specifically for this celebratory night!   Come share the evening with this entertainer that the New York Times calls “A dramatic tour de force!  Giving everything and more is what she does best!”

Mason has starred on Broadway, Off-Broadway and on television. Her TV credits include playing Mrs. Marsh on Ryan Murphy’s “HALSTON” on Netflix,  and appearances on “Law&Order:SVU”.  On tour, Ms. Mason was last seen as “Madame Giry” in the North American Premier of LOVE NEVER DIES — Andrew Lloyd Webber’s epic sequel to The Phantom of the Opera.On Broadway, she garnered rave reviews starring as The Queen of Hearts in “Wonderland,” and she originated the role of Tanya in “Mamma Mia!”  For her portrayal of Tanya, Mason received a 2002 Drama Desk nomination as Best Actress. Her other leading roles include Norma Desmond in “Sunset Boulevard,” which she performed to critical acclaim and standing ovations on Broadway and in Los Angeles for three years; Velma von Tussel in the final Broadway company of “Hairspray”; “Monotony” singer, Mazeppa in “Jerome Robbins’ Broadway”; Rosalie in “Carnival” (Drama Desk nomination).  In regional theater, Karen starred in the first National Tour of A CHRISTMAS STORY as Miss Shields, in the world premiere of the stage production of WHITE CHRISTMAS, (playing the Rosemary Clooney role at St. Louis Muni Opera), SIDE BY SIDE BY SONDHEIM (Coconut Grove Playhouse in Florida), GYPSY (Sundance Theatre in California), the world premiere of ONE TOUGH COOKIE (Apple Tree Theatre in Chicago), HEARTBEATS (Goodspeed Opera House in NY) and COMPANY (Huntington Theatre in Boston). Most recently in New York, Karen starred in the one-woman musical about Dorothy Parker YOU MIGHT AS WELL LIVE

Mason won the Outer Critics Circle Award for her performance in “And The World Goes ‘Round,” and starred Off-Broadway in her own show “Karen Mason Sings Broadway, Beatles and Brian.”  She is a 14-time MAC Award winner, including the MAC Award for Major Female Vocalist of the Year in six consecutive years. She was the recipient of the 2019 MAC Lifetime Achievement Award. Mason also won 3 Bistro Awards.

Her highly acclaimed recordings include her newest single, IT’S ABOUT TIME, written by Paul Rolnick and Shelly Markham;  her 2009 MAC AWARD-winning Right Here/ Right Now, 2005’s The Sweetest of Nights, the MAC Award-winning When The Sun Comes Out, as well as three other CD’s: Christmas! Christmas! Christmas!, recorded live at the West Bank Café;Better Days, featuring songs by her longtime composer/arranger, Brian Lasser (including the 1998 Emmy Award-winning song “Hold Me“); and Not So Simply Broadway. Karen has been featured on the soundtrack of the original cast CD of Wonderland;  Jeffrey (Varese Sarabande), the studio cast recording of Wonderful Town (JAY Records), the original cast album of And The World Goes Round (RCA Victor), The Child In Me, Vol. 1 (Harbinger Records), and Lost in Boston ll (Varese Sarabande).