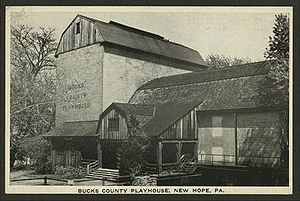 Bucks County Playhouse in the 1940s.

The Bucks County Playhouse is located on the site of a former grist mill on the banks of the Delaware River, 90 minutes from New York City in New Hope, Pennsylvania. The original structure was built in 1790 when owner Benjamin Parry rebuilt the Hope Mills, which had recently burned down. The newly christened New Hope Mills inspired the village to change its name from Coryell’s Ferry to New Hope.

Facing demolition in the 1930s, the site was saved when a small band of artists, including Broadway playwright and Bucks County resident Moss Hart, helped rally the local community to renovate it as a theater. The Bucks County Playhouse opened on July 1, 1939, with a production of Springtime for Henry, featuring Edward Everett Horton. 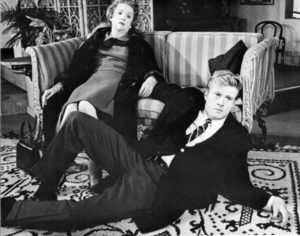 Robert Redford in “Nobody Loves Me” which became “Barefoot in the Park.” 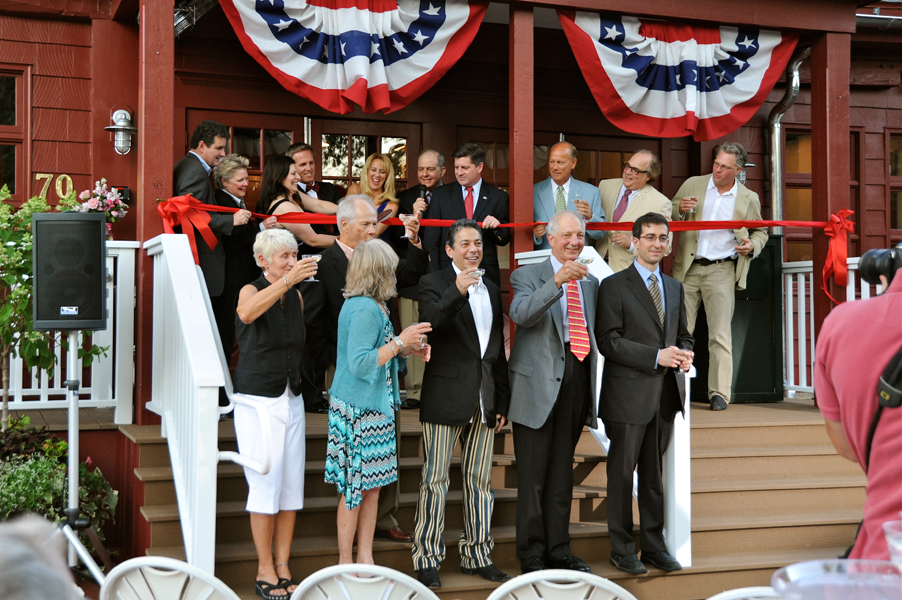 Thanks to the Bridge Street Foundation, the nonprofit family foundation of Kevin and Sherri Daugherty, this beloved theatrical landmark was beautifully renovated, re-opened and celebrated on July 2, 2012, exactly 73 years and a day from when it originally opened in 1939. Producing Director, Jed Bernstein, revitalized the BCP with the return of professional Equity productions and special fundraising events. 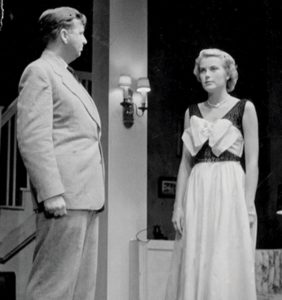 Grace Kelly in “The Torch-Bearers”

The inaugural BCP Alumni Hall of Fame Award was presented on stage in October 2013 by Harold Prince to Angela Lansbury, with stunning performances by Christine Ebersole, Tyne Daly, Jonathan Hadary, Justin Guarini, Kerry Butler and more. Since that day, Hall of Fame inductees have included Oscar Hammerstein II and Oscar winner Shirley Jones.
His Serene Highness Prince Albert II of Monaco toured the revitalized BCP in October 2013 to see where his mother, Grace Kelly, a BCP Summer Apprentice, made her professional debut in playwright (and uncle) George Kelly’s The Torch-Bearers in 1949.  He stopped on his way to attend the opening of the From Philadelphia to Monaco: Grace Kelly- Beyond the Icon and the Local Mill Makes Good: Celebrating 75 Years of American Theater at the Bucks County Playhouse Exhibitions at the James A. Michener Art Museum in Doylestown, PA. 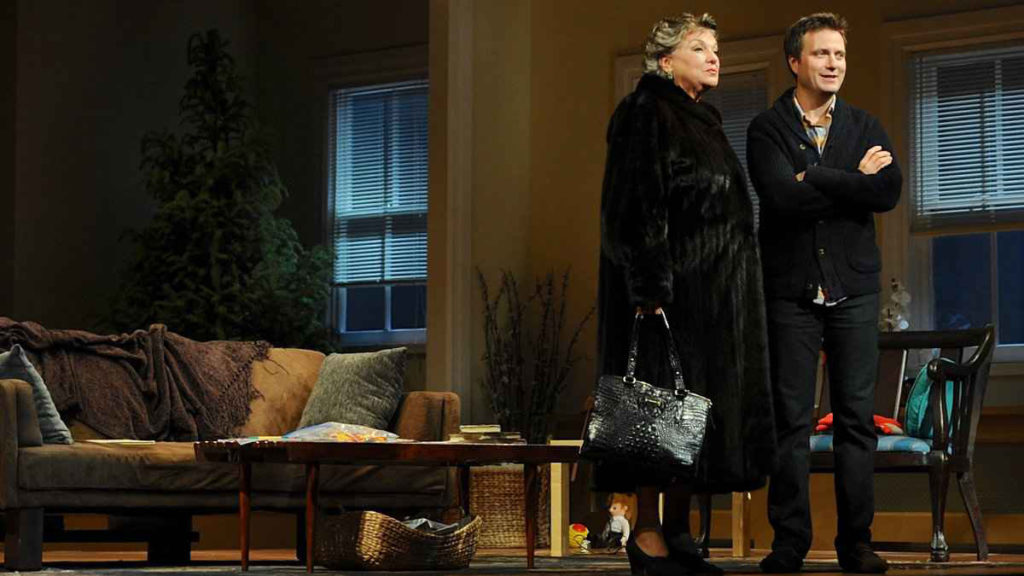 Terrence McNally’s Mothers and Sons, starring Tyne Daly, directed by Sheryl Kaller, received its world premiere at the Bucks County Playhouse in June 2013 and made the leap to Broadway in Spring 2014, returning the Playhouse to its roots as an incubator for Broadway (starting with 1951′s The Fourposter starring Jessica Tandy and Hume Cronyn, Neil Simon’s first play, Come Blow Your Horn, and Barefoot in the Park starring Robert Redford and Elizabeth Ashley). Other world premieres include the stage adaptation of Stephen King’s Misery, Murder for Two Holiday Edition, A Taste of Things to Come, and Clue: On Stage.

The Bucks County Playhouse, a nonprofit 501(c)3 organization, is committed to providing the finest in theatrical entertainment for visitors and residents of New Hope and the Bucks County area. The mission of the Bucks County Playhouse is to present first class professional entertainment and regain the Playhouse’s historic place in the national theatrical landscape; and to stimulate, support, inspire and celebrate the performing arts in New Hope and Bucks County via our involvement with community programs, partnerships and arts education. The BCP is located at 70 South Main Street in New Hope, PA.