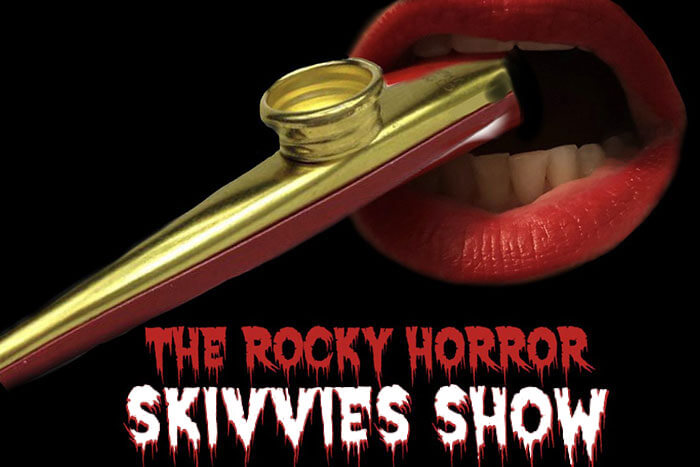 “Insanely talented … the best thing to happen to NYC nightlife in years!”

Missing THE ROCKY HORROR SHOW this year? Well … The Skivvies (Nick Cearley and Lauren Molina) return to Bucks County Playhouse for The Rocky Horror Skivvies Show, a Halloween concert treat that puts their signature stripped-down Skivvies stamp of mash-ups and medleys on the iconic score from the cult classic musical. 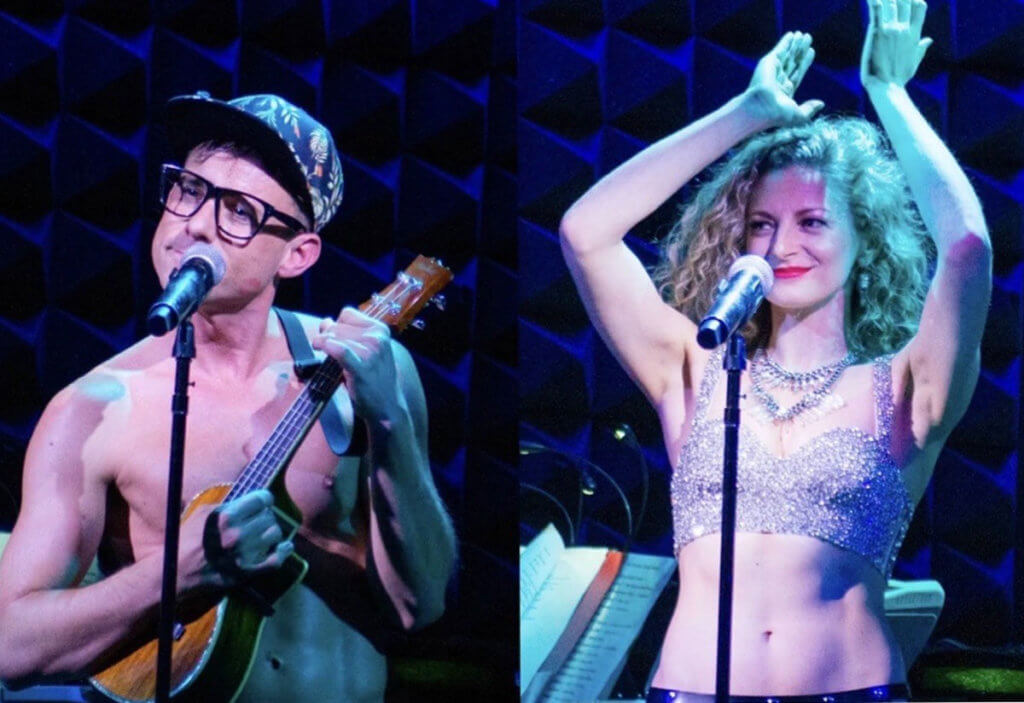 The Skivvies are Lauren Molina and Nick Cearley, singer/actor/musicians performing stripped down arrangements of eclectic covers and eccentric originals. Not only is the music stripped down – cello, ukulele, glockenspiel, melodica – but the Skivvies literally strip down to their underwear to perform.

Nominated for “Show of The Year” for the 2015 MAC Award, The Wall Street Journal calls them “smart, sophisticated…ingenious,” and Out Magazine says, “The Skivvies have managed to carve out a niche that we never knew needed to exist: part Weird Al- parody and part sexy burlesque…and unusual explosion of satire and sultry.”  People Magazine named The Skivvies “The Most Playful Performers” in The Most Talked about Bodies of 2014 issue and Sports Illustrated named them “Favorite New Band”.  The New York Times calls them “a hot musical comedy duo specializing in unexpected arrangements, incongruous mashups, and of course, highly toned displays of skin.”

Molina (Broadway’s “Rock of Ages,” “Sweeney Todd,” Mary Zimmerman’s “Candide” – Helen Hayes Award, “Marry Me A Little”) and Cearley (Broadway First National “All Shook Up,” “Pageant,” and on the OUT 100 list as one of the ‘most compelling actors of 2014’) met in 2003 performing in Theatreworks USA’s  national tour of the “Just So Stories.” Quickly becoming best friends and musical collaborators, they began performing together in the city, with clothes on. The Skivvies were born in 2012, when they became YouTube sensations with their unique covers of artists like Robyn, Carole King and Rihanna. The videos led to live shows, and now this “musically thrilling”, undie-rock, comedy-pop duo continues to perform to sold-out audiences in New York and beyond.

Previous venues include their residency at 54 Below, 42 West, The Highline Ballroom, Roseland Ballroom, Joe’s Pub, The Cutting Room, Rockwell Table & Stage in Los Angeles, The Smith Center in Las Vegas, Williamstown Theatre Festival, Huntington Theatre Company in Boston, City Theatre in Pittsburgh, Bay Street Theatre, Philadelphia’s Kimmel Center, Key West’s Red Barn Theatre, and The Bucks County Playhouse in New Hope, PA where they also starred as Brad and Janet in The Rocky Horror Show directed by Hunter Foster. The Skivvies have performed at events such as Broadway Bares (raising money for Broadway Cares/Equity Fights AIDS), A Tribute to Angela Lansbury with Tyne Daly and Christine Ebersole, Broadway for Obama, Human Rights Campaign benefit, Theatre C. They have made appearances on NBC, and filmed pilots for the FOX, A&E, and WE. They also have a single, “Hardbody Hoedown” and music video directed by Augusten Burroughs, bestselling author of Running With Scissors.

Note: This show is being sold at full capacity.  Proof of vaccination is required for this performance. Masks must be worn for the duration of the performance. For updated covid policies, please click here.

Please note: Proof of Covid-19 Vaccination is required for this performance. Face masks must also be work for the duration of the show.