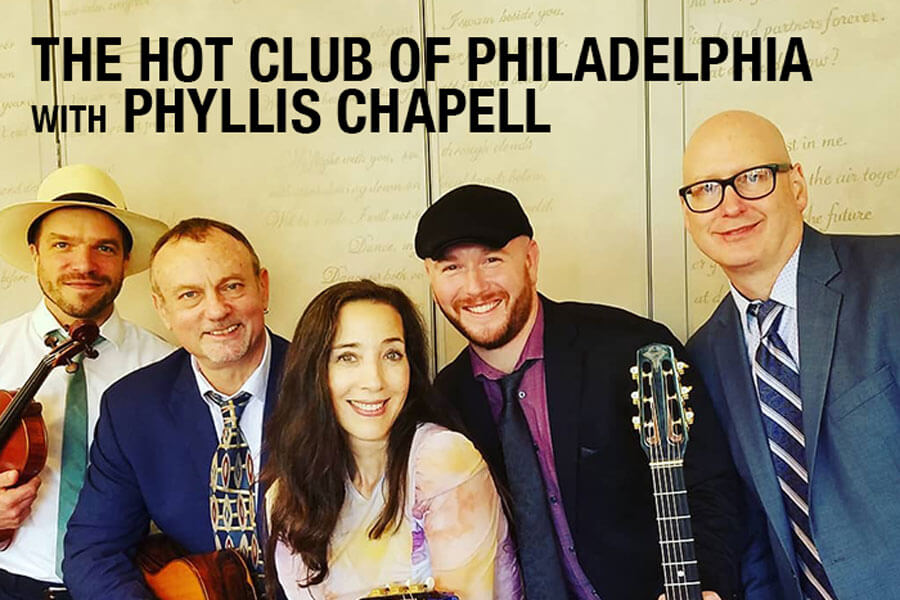 The Hot Club of Philadelphia

The group has performed throughout the region—The Kimmel Center’s PIFA Festival, The World Café Live, Sellersville Theater, WHYY-NPR, Musikfest, The Philadelphia Folk Festival, The Barnes Foundation and The Phila Museum of Art, to name a few. The Hot Club of Philadelphia released its first CD, ‘Wrap Your Troubles in Dreams,’ 2010 followed by Gypsy Routes in 2015. Their current release ‘Gypsy – Americana’ was chosen as WRTI Jazz Radio’s ‘Album of The Week, Jan of 2021. http://www.hotclubphilly.com